I am passionate about helping women get their Mojo back and supporting kids to thrive and grow into strong adults.

Action point: Ensure your child’s microbiome is supported with appropriate probiotics. I use probiotic therapy in all my little patients with great success. 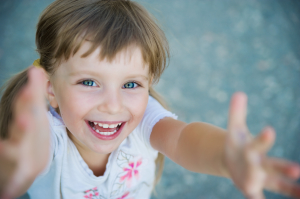 Had a gut-full of your two-year-old’s tantrums? Believe it or not, their digestive health might be contributing to the problem.

Microbes in the GI tract may play a surprising role in toddler temperament, according to a new study from the Ohio State University1.

Researchers have become increasingly interested in how the population of bacteria in the gut (known as gut microbiome) affects health. Studies have already linked gut bacteria to conditions including obesity, allergies and bowel disease. Now researchers are interested in finding out if gut bacteria is also linked to mood and behaviour.

The complex ecosystem of microbes living in the gastrointestinal tract is known to change considerably in the first two years of life, especially as solid foods are introduced into a child’s diet. And according to a new study, this unstable “gut microbiome” and a toddler’s temperament are linked.

The importance of the gut in early life

Determining the dynamics of the behaviour–gut associations in early life is important for a number of reasons. Firstly, many physical and mental health conditions such as obesity and anxiety have early life precursors. Also, research suggests that the gut microbiome may be more malleable in early versus later life.

By approximately two years of age, our gut microbiota is established and relatively stable. Although the gut microbiome changes in response to illness, diet and antibiotics, the overall profile tends to revert to normal after the disruption has passed.

For the study, the researchers examined the different genetic types and varying amounts of bacteria found in stool samples from 41 boys and 36 girls between the ages of 18 and 27 months. The researchers also surveyed the children’s mothers about the kids’ temperament and eating patterns.

They found that the abundance and diversity of bacteria found in the gut appear to influence the behaviour of young children, especially young boys. Children who were described as extroverted and upbeat tended to have more genetically diverse bacteria in their stool – and that might mean there’s a link between microbial diversity and a more positive temperament.

However, the researchers warned that this does not mean that parents can rein in an unruly toddler simply by changing his or her diet.

While the study found a link, it is impossible to say whether the bacteria actually caused the behaviour, or whether other factors are responsible for the link seen. And it’s still unknown what a healthy combination of gut bacteria might look like, or how it might influence other aspects of a child’s behaviour or health.

Kat Boehringer specialises in health communications including health writing, health promotions, and social media management. In her spare time she works as a massage therapist and aspiring novelist. Connect with her at LinkedIn.

Marie Viant
07:14 17 Jan 20
Wonderful team of professionals at Studio You, highly recommended. They listen and genuinely engage to help people improving their health, heal and learn about this amasing and so complex human body we leave in. I have been working with Emma for a year now mainly on gut health and vitality optimisation with great results. I really trust the wholistic and science based approach from the latest researches.read more

Jon Thompson
20:04 12 Jan 20
Emma and the team are great. the genuine help they provide is life changing. have recommended many of my friends and family and they all agree :)read more

Suzy Newell-Courtney
22:02 22 Nov 19
I have just finished the 6 week fat loss program under the guidance of Nutritionist Sonya Reynolds at Studio You and couldn’t be happier! I contacted Sonya as I was feeling uncomfortable about my weight and had been bouncing around diets like keto or high protein with small gains but no ability to sustain or commit consistently. The fat loss program was so different to the way I had been eating and it was so refreshing. By eating good, real food which even included carbs I felt consistently good, full of energy and I was able to manage the plan with my hectic work and home schedule. Our weekly sessions were so informative and really kept me on track, Sonya is so supportive and knowledgeable. I am thrilled with my results losing 4.5kg of fat and 11 cm around my waist in the 6 weeks!read more

Joan Hatfield
09:20 14 Nov 19
I have been visiting Emma for several years now and am always delighted by her knowledge, advice, presence of mind and the flow of Studio You.read more

Robyne
02:20 27 Oct 19
Emma is a highly professional and knowledgable health practitioner. While she keeps abreast of the latest research and can incorporate therapeutic interventions using vitamins, minerals and so forth, she also work with good old fashioned nutrition and life style factors which are both effective and empowering.read more

Lisa Gumieniuk
23:55 23 Oct 19
Emma and her team and amazing! So passionate about supporting women and their families to get there mojo back! and live health and happy lives!read more

Georgia Donovan
22:36 23 Oct 19
With the guidance of Emma Sutherland I am much more intune and aware of how my body works and I can now often tell when something isn't feeling quite right. Emma's warmth, care and guidance is unmatched. Thank you for everything you do. Studio You space is a calming space where everyone feels welcome. I highly recommend the clinic and Emma.read more

Office Admin
22:48 20 Aug 19
My husband & I took our 3 year old daughter to see Sonya as we were at our wits end. She was always getting sick, had low immunity & was a very fussy eater. Sonya has literally changed our life. She is so knowledgeable & knew exactly what our little girl needed. Now we have a strong, healthy little girl that eats all her veges and a variety of food she wouldn't have eaten before. We are forever grateful for Sonya & the positive changes she helped us make. -- Alyce :)read more

Lisa O'Shannessy
23:00 10 Jul 19
Under the gentle care of Emma, my five-year-old’s gut has been healed and sealed and, as a result, her overall health has skyrocketed! I am so grateful to see my daughter happy and thriving. As an added bonus, my children adore visiting ‘Dr Emma’ at her beautiful and welcoming clinic. I wholeheartedly recommend Studio You to anyone looking to optimise their health.read more

Victoria Keesing
22:53 30 Jun 19
I sought help from Anna-Maria for problems with my gut. She not only helped me solve those but also helped me lose weight and fix a high blood pressure problem so that I do not need to engage with pharmaceuticals! Fabulous support.read more

Janet Shaw
02:51 23 Jun 19
I sought help from Emma because I was at an impasse with my health. My body was going berserk and my doctor could find nothing wrong. My first visit to see Emma was as all the reviews describe - the office felt like a warm and safe space, Emma was easy to chat to, attentive and invested in helping me. Were it not for her intervention I would have continued with an underlying condition probably for years. She gave me the tools to start getting my body back on track. A few months on I feel so so much better than when I first walked in the doors and am GRATEFUL! 💛read more

Darling Mercado
09:05 20 May 19
Annamaria has really changed my life! She's been treating my skin and the results are fantastic. Her facials are to die for. I'm so looking forward to this journey and I can't wait for my next facial!read more

Carly Boscheinen
06:55 08 May 19
I have started seeing my naturopath Annamaria late last year. After not feeling well for a few months, as soon as i started seeing her everything started to change. Every appointment was full of warmth, positivity and determination to help my iron levels increase. She was very accepting of me still seeing a doctor and also encouraged it. Annamaria was very empowering towards my dietary requirements. Honestly, as a woman i have not felt this balanced hormonally, physically and spiritually for such a long time. I would HIGHLY recommend seeing this wonderful woman. She will treat you with such care, empowerment and openness.read more
Next Reviews

Suzy Maree
2019-11-22T22:04:10+0000
I have just finished the 6 week fat loss program under the guidance of Nutritionist Sonya Reynolds at Studio You and couldn’t be happier! I contacted Sonya as I was feeling uncomfortable about my weight and had been bouncing around diets like keto or high protein with small gains but no ability to sustain or commit consistently. The fat loss program was so different to the way I had been eating and it was so refreshing. By eating good, real food which even included carbs I felt consistently good, full of energy and I was able to manage the plan with my hectic work and home schedule. Our weekly sessions were so informative and really kept me on track, Sonya is so supportive and knowledgeable. I am thrilled with my results losing 4.5kg of fat and 11 cm around my waist in the 6 weeks!read more
Call Now Button