Health Begins Even Before Conception, According To Groundbreaking New Research 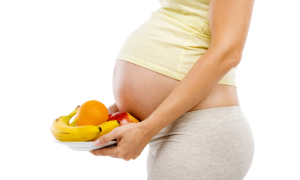 Thinking about having a baby? Then now is the time to get your diet right.

A mother’s diet before conception can affect her unborn child’s genetic make-up and immune system, according to new findings.1

It is commonly known that a child’s genes are inherited directly from the mother and father. The way those genes are expressed is controlled through epigenetic modifications to the DNA, which turn genes on and off and affect how cells read genes.

A study published in Nature Communications established that genetic expression can be influenced by an individual’s environment and nutritional intake, and affects the long-term health of offspring.

Researchers from the MRC International Nutrition Group, based at the London School of Hygiene and Tropical Medicine and MRC Unit, used a unique ‘experiment of nature’ in rural Gambia. The population’s dependence on homegrown foods and a markedly seasonal climate impose a large difference in people’s dietary patterns between rainy and dry seasons.

By measuring the concentrations of nutrients in their blood, and later analysing blood and hair follicle samples from their 2–8 month-old infants, they found that a mother’s diet before conception had a significant affect on the properties of her child’s DNA.  A mother’s nutritional status at the time of conception can permanently change the function of a gene that influences her child’s immunity and cancer risks.

The study has found that a tumour suppressor gene called VTRNA20-1 – which is particularly sensitive to changes to a mother’s diet within the first few days of conception – can affect the disease risk of the developing baby.

The study has been described as the “first concrete evidence” that a mother’s nutritional status before pregnancy is vitally important for the child’s health.

Kat Boehringer specialises in health communications including health writing, health promotions, and social media management. In her spare time she works as a massage therapist and aspiring novelist. Connect with her at LinkedIn.

Kirsty McLintock
2021-08-26T21:38:11+0000
Sonya is an amazing practitioner and a beautiful soul. I... started having seizures in 2019 and was recommended to her earlier this year. I felt an instant rapport. Sonya has been extremely proactive with testing and integrating supplements into my diet. Since taking the supplements I've noticed a significant drop in the frequency of my seizures as well as their intensity. Sonya - I can't thank you enough 🙏read more
Call Now Button