How to Prevent Eczema and Boost Respiratory Health in your Child Previous research has shown that when certain strains of probiotics are given to pregnant women from 36 weeks and continued for 3 months after birth, their child’s risk of atopic conditions such as eczema and dermatitis is reduced by a massive 50%.

New research has now been published that followed mothers and children for 6 years and their health.  The probiotic strain used in the study was Lactobacillus , which is well known for its role in the prevention of eczema.

A double blind randomized placebo controlled trial studied 425 infants who all had a parent with disease. The mums were given supplemental L.rhamnosus from 35 weeks of pregnancy and continued taking it until 6 months post birth. All the babies in the supplemented group were given the same probiotic from birth to 2 years of age.

When the infants turned two, those who had received the probiotic had a dramatic 50% reduction of eczema and this protective effect was still present at the age of 4. 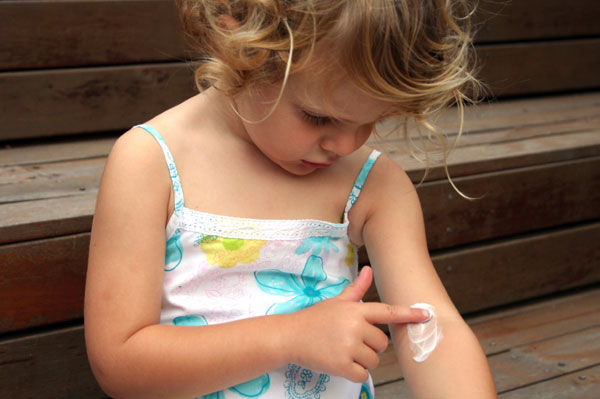 These supplemented children also had a lower rate of rhinoconjunctivitis () at 4 years of age.

In the latest follow up completed at 6 years of age, the protective effect of L.rhamnosus still remained with a 40% reduction of eczema compared to the control group as well as a 30% lower rate of developing atopic conditions (eczema, hay fever, asthma).

I have supplemented Sophia with probiotics since the day she was born in a strategic attempt to lower her risk for atopy as I had asthma and food intolerances as a child. My biggest piece of advice is that not all probiotics are the same – different strains do different things so make sure you speak to a naturopath before self-prescribing!

Need more energy and want more fuel in your tank?

If you follow our 3 simple rules, we promise your energy will improve in just 14 days!